“I feel awesome and am doing well. The clinical trials and medical care I received have been great, and have given me longevity.”

Ovarian epithelial cancer is a disease in which malignant (cancer) cells form in the tissue covering the ovary.

The ovaries are a pair of organs in the female reproductive system. They are located in the pelvis, one on each side of the uterus (the hollow, pear-shaped organ where a fetus grows). Each ovary is about the size and shape of an almond. The ovaries produce eggs and female hormones (chemicals that control the way certain cells or organs function).

The close collaboration among our doctors and our research scientists means that new drugs and treatments developed in the laboratory can quickly move to the clinic, offering our patients immediate access to the latest therapies.  For example, our physician-scientists are looking for a blood marker that would allow early detection of ovarian cancer. We were also instrumental in the development of the liquid Pap test.

Ultrasound exam: A procedure in which high-energy sound waves (ultrasound) are bounced off internal tissues or organs and make echoes. The echoes form a picture of body tissues called a sonogram. The picture can be printed to be looked at later. An abdominal ultrasound or a transvaginal ultrasound may be done.

CA 125 assay: A test that measures the level of CA 125 in the blood. CA 125 is a substance released by cells into the bloodstream. An increased CA 125 level is sometimes a sign of cancer or other condition.

Biopsy: The removal of cells or tissues so they can be viewed under a microscope by a pathologist to check for signs of cancer. The tissue is removed in a procedure called a laparotomy (a surgical incision made in the wall of the abdomen).

These symptoms may be caused by other conditions and not by ovarian cancer. If the symptoms get worse or do not go away on their own, a doctor should be consulted so that any problem can be diagnosed and treated as early as possible. When found in its early stages, ovarian epithelial cancer can often be cured.

New types of treatment are being tested in clinical trials.

Patients may want to think about taking part in a clinical trial and can enter clinical trials before, during, or after starting their cancer treatment. Follow-up tests may be needed.

There are different types of treatment for patients with ovarian epithelial cancer.

Three kinds of standard treatment are used. These include the following:

A type of regional chemotherapy used to treat ovarian cancer is intraperitoneal (IP) chemotherapy. In IP chemotherapy, the anticancer drugs are carried directly into the peritoneal cavity (the space that contains the abdominal organs) through a thin tube.

Treatment with more than one anticancer drug is called combination chemotherapy.

The way the chemotherapy is given depends on the type and stage of the cancer being treated. 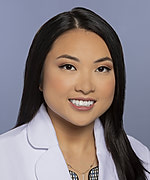